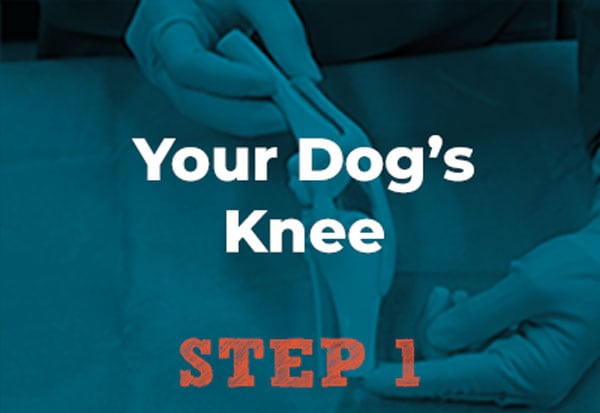 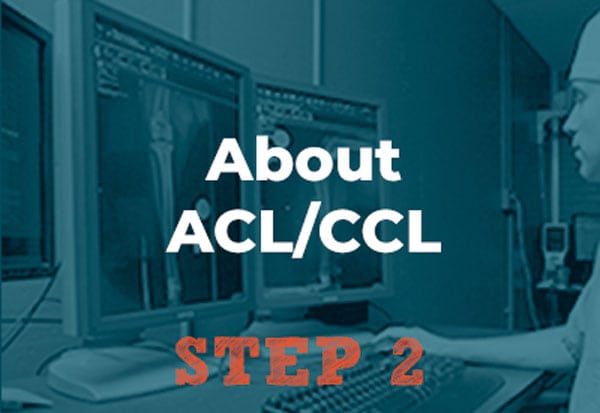 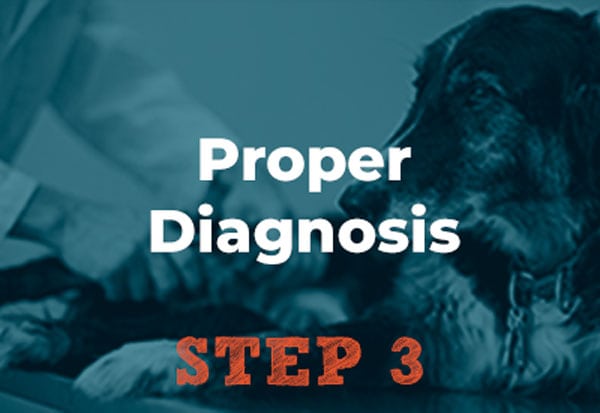 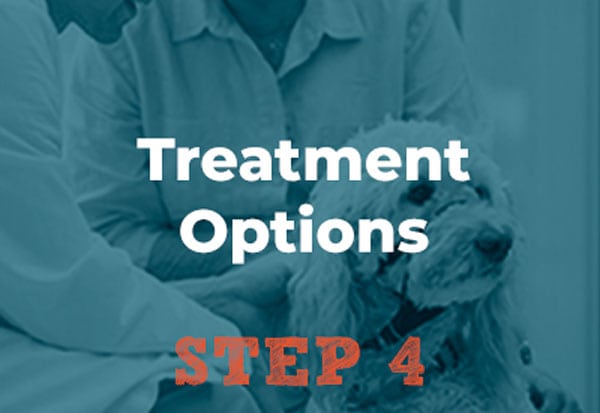 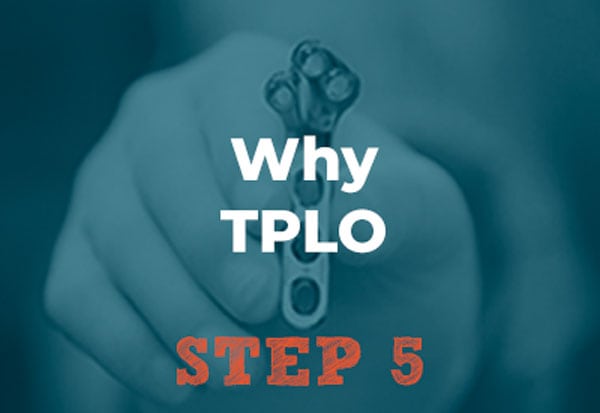 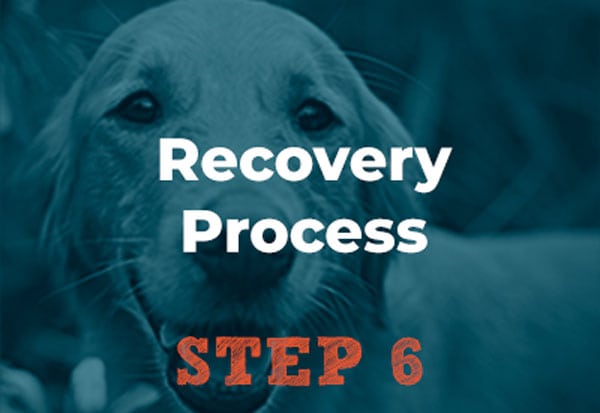 There are both medical and surgical treatment options for patients suffering from CCLR. Medical management is sometimes considered to be more conservative than surgical treatment. It is important to understand, however, that medical management for CCLR in dogs can be very extensive and expensive.  The choice to pursue surgical management may be influenced by factors such as patient size, the stage of disease, the amount of instability present, the expectations you have for your pet’s activity level/quality of life, and the presence of any other concurrent medical conditions (other orthopedic disease, severe heart disease, uncontrolled hormonal disease, cancer, etc).

Obesity has been found to quadruple the risk of CCLR. Weight loss is probably the most important thing you can do to medically manage a pet suffering from a CCLR, and weight loss alone may decrease the necessity for surgery in some overweight patients. In one study, dogs with torn ACL’s that underwent a rigorous 12-week physical rehabilitation protocol with a rehabilitation specialist followed by continued rehabilitation at home over the course of a year had an approximately 60% chance of success with non-surgical management. Dogs treated surgically with the same rehabilitation protocol did have a higher rate of success than those treated non-surgically. It is important to note that all patients lost an average of 10% of their body weight over the first 12 weeks of the study. If a pet is at a healthy weight at the time of diagnosis of the CCLR, the results of this study should not be applied and medical management may have a much lower chance of success. Another study evaluating dogs over the course of their entire life found that obese patients had an earlier onset and a faster progression of osteoarthritis.  Keeping a patient skinny decreases forces applied to joints, decreases systemic inflammation and may delay or eliminate the need for surgery.  In dog’s that have already torn one CCL, weight loss may be a determining factor in preventing or delaying rupture of the opposite limb.

Regular controlled physical activity, or rehabilitation, is very important in the treatment of arthritis in animals. These activities may include stretching and range of motion exercises, controlled walking, and swimming. More advanced techniques such as those used by physical rehabilitation specialists (balance boards, under water treadmills, etc.) can also be utilized. The efficacy of physical rehabilitation in dogs with osteoarthritis has been proven in multiple scientific studies. In addition to the contribution physical activity can have on weight management, it can also help maintain range of motion, muscle mass, and comfort. Consistent, tolerable levels of activity are most beneficial. If a pet is able to increase their stamina by gradually increasing the duration of their activity, this is ideal. Multiple short walks may be better than one long walk. If high-impact activities such as fetch or playing with other pets are expected, a ‘warm-up’ period of walking may decrease risk of injury. Avoiding excessive high impact activity is important, so try to avoid the ‘weekend-warrior’ type of exercise (i.e. really long hikes on inconsistent basis).

Unfortunately, there is very little evidence in the veterinary literature to support the broad use of joint supplements. However, there is evidence for certain supplementation including the use of diets supplemented with Omega-3 fatty acids and administration of polysulfated glycosaminoglycans.

Fish derived Omega-3 fatty acids contain eicosapentaenoic acid (EPA) and docosahexaenoic acid (DHA). One prospective, randomized, double blind, placebo-controlled study found that in dogs suffering from hip dysplasia, those supplemented with an average of 69mg EPA+DHA/kg/day showed improvement in clinical outcome measures including discomfort, lameness, and severity of joint disease. Another study found that dogs suffering from osteoarthritis that were fed a veterinary prescription diet high in fish oil omega-3 fatty acids (EPA and DHA), lameness and weight bearing significantly improved. The same author found in a separate study that dogs suffering from osteoarthritis fed the same diet high in omega-3’s had significantly improved ability to rise from a resting position and improved walking ability. Another study found that diets rich in omega-3’s decreased the requirement for a non-steroidal anti-inflammatory drug in dogs with chronic osteoarthritis. Many brands of Omega-3’s are produced, but none are regulated by the FDA. It’s important to evaluate the content of the Omega-3 source you purchase. Review the ingredients to ensure there are high doses of EPA and DHA (at least 20mg/lb) and make sure you trust the brand that you purchase. One brand that consistently tests well is Nutramaxx.

Polysulfated glycosaminoglycan (Adequan) is an injectable drug composed of molecules similar to components making up joint (articular) cartilage. It is administered as a series of 8 injections over 4 weeks and is then weaned down and used on an as needed basis, potentially once to twice monthly. Though there is evidence of its beneficial effects from in-vivo studies, the mechanisms by which they are presumed to be effective are gathered from in-vitro studies. In-vitro PSGAG’s inhibit catabolic enzymes that degrade cartilage and inhibit the production of chemical factors that can lead to inflammation and pain.

Other treatment options including the injection of stem cells or platelet rich plasma into stifle joints affected by CCLR. One recent study evaluated the use of bone marrow or adipose (fat) derived progenitor (stem) cells combined with platelet-rich plasma (PRP) in patients with early partial tears of the CCL, finding significant improvement in some patients. Unfortunately, this study did not have consistent follow up in the majority of treated patients to fully evaluate the effectiveness of the treatment.

Patients with CCLR are typically painful and gingerly using the affected limb.  Pain management is an important aspect of treatment in the early stages of medical management and will likely be required intermittently throughout life. Multiple medications may be prescribed in an effort to keep your pet comfortable.

Nonsteroidal Anti-Inflammatory Drugs (NSAIDs): NSAIDs block pathways that lead to inflammation and pain, and thus play a major role in the treatment of osteoarthritis and pain in dogs. It is very important that these medications be used judiciously, and only as prescribed by your veterinarian, as certain potential side effects and medical conditions may prohibit their use. Side effects may include vomiting, diarrhea, blood in the stool, not eating or drinking, lethargy, inactivity, or nausea. Simultaneous use of these medications with certain other medications (e.g. corticosteroids such as prednisone or other anti-inflammatories like ibuprofen) should be avoided as it increases the risk of complications. If you observe any side effects, please contact your veterinarian and discontinue the medication.

Amantadine: This medication controls pain by acting as an N-methyl-d-aspartate (NMDA) receptor antagonist. This drug has been found in veterinary literature to be successful when used in conjunction with NSAIDs. Side effects may include agitation, loose stools or diarrhea.

Gabapentin: This medication has been found to have beneficial effects in treating neuropathic pain (pain associated with damaged nerves) in people. It has been used in dogs and cats for pain treatment. Unfortunately, of the multiple studies performed evaluating its efficacy in dogs, only one found any analgesic effects. It’s thought that this medication may be more appropriate for chronic, as opposed to acute, pain control. Along with pain relieving affects, it may cause sedation.

Tramadol: Tramadol is a synthetic opioid that and can be used separately or in combination with NSAIDs and can also be used in cats. Side effects are rare but may include sedation.  Unfortunately, similar to gabapentin, there is little evidence to support the use of Tramadol for pain in dogs.

Aggressive medical management may be more frequently effective in the management of CCLR in small breed dogs than in large breeds. Historical literature states about 80% of dogs under 30 pounds can be medically managed with a successful outcome. In large breed dogs, medical management has typically been overwhelmingly unsuccessful in returning dogs to full function. With the introduction of extensive long-term physical therapy and adjunctive injectable therapeutics, success rates may be higher. However, surgical management consistently outperforms medical management and offers the most predictable long-term outcome.  Please see our science based evidence page for more details (Step 5).

The choice to pursue surgical management is typically based on patient size, the stage of disease, the amount of instability present, the expectations you have for your pet’s activity level and quality of life, and the presence of any other concurrent medical conditions (other orthopedic disease, severe heart disease, uncontrolled hormonal disease, cancer, etc).  In some cases (patients with a very early partial tear of the cruciate ligament, obese patients, patients with minimal instability), medical management may be successful.  However, surgical treatment for rupture of the cranial cruciate ligament carries the most predictable outcome for dogs over approximately 30 pounds.

Many surgical treatment options have been described for CCLR.  Some of these originally focused on trying to recreate the CCL within the joint, similar to how ACL ruptures are repaired in humans.  Unfortunately, the grafts that are used in dogs often fail and have not been found to have as high a success rate as some of the more current procedures.  Newer treatment options are divided into “extracapsular” and “osteotomy” techniques.

Extra-capsular techniques focus on using a synthetic material (varying types of suture or fishing line), which are placed at or around certain anatomic landmarks, in an effort to stabilize the joint and allow the formation of fibrous (scar) tissue. Some of these options include the traditional lateral extracapsular suture, the Tightrope, and the SwiveLock. The lateral extracapsular suture technique is the conventional technique.  It utilizes a nylon line to provide stability. Due to the low cost of the implant, the surgery is relatively inexpensive. Unfortunately, this line can stretch and loosen through a range of motion and though success rates for this procedure are reported around 85%, there is more and more evidence to suggest it is not the best procedure, especially in large breed dogs. It is, however, a very successful and common technique used in dogs under approximately 30 pounds.

The Tightrope is a relatively new procedure that utilizes a strong synthetic suture as opposed to a nylon line. This material resists stretching, however, it is more prone to infection than nylon and in some surgeon’s opinions, outcomes are not as consistent as with the classic lateral suture technique. The SwiveLock is a newer take on the Tightrope that utilizes a bone anchor in the femur instead of a bone tunnel.  As these latter two procedures are relatively new, they lack significant research based results at this time.

Osteotomy techniques involve changing the anatomy of the knee joint via osteotomy/cutting of the bone.  There are a large number of osteotomy procedures performed in veterinary medicine, but the overwhelming theme with all of them is achieving a reduction of the tibial plateau slope (TPS). The average TPS in a dog is approximately 25°. In patients with CCLR, the femur (thigh bone) slides down this slope during weight bearing. The goal with most osteotomy techniques is to reduce this angle to approximately 5°-7°. By changing the TPS, when a dog bears weight the forces acting on the joint are neutralized, and thus the femur no longer slides down the slope of the top of the tibia. Another way of saying this is that the tibia no longer thrusts forward in relation to the femur.  In essence, these osteotomy procedures alter the biomechanics of the joint and eliminate the need for the CCL. Osteotomy techniques include the tibial plateau leveling osteotomy (TPLO), CORA based leveling osteotomy (CBLO), triple tibial osteotomy (TTO) and the closing wedge osteotomy. Another osteotomy technique, the tibial tuberosity advancement (TTA) relies on the angle formed between the tibial plateau and the patellar ligament.

Want to speak to a TPLO Surgeon?

Get in touch with one today!